Announcements, Roll Call and Results for ALL Competitions and Events.

Just got home from the cook off. 65 teams out there this year, and there were some pretty good cooks. We struck out on brisket, ribs and fajitas, but scored big with a 4th place chicken! Last year, chicken was outside the top 20.

Ill post some pictutes tomorrow of the event if yall are interested. But for now, chicken with clucker dust and SB's chipotle sauce as a glaze. 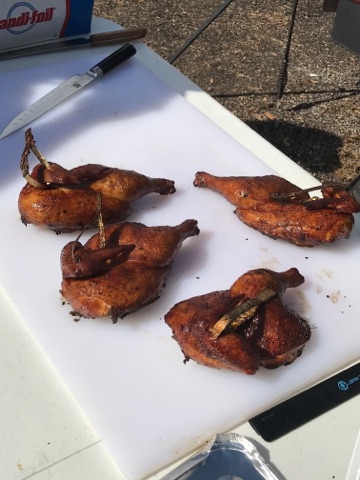 And a big, surprised smile. 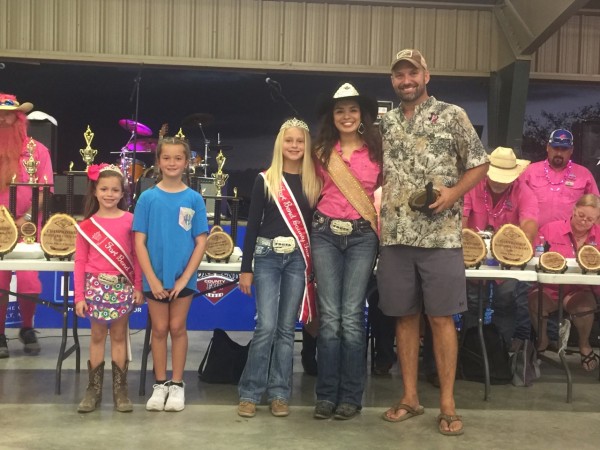 Congrats to Midnight Mavericks on their GC!

In addition to the competition on saturday, we fed about 30 on friday night and 100 on Saturday.
Custom 24x48 offset trailer pit
Weber Smokefire EX6
Vision B Series kamado
Top

Good job Matt. I passed on a chance to come
Out last night with some VIP tickets for the show.
Top

Love to see any pics ya got. Please show me, I'm very interested. And congrats.

Here are a few pictures from the event. We're all still young at heart and have to represent our alma maters!

We upgraded from a single 40x40 this year to a 40x80 on the edge that comes with an unofficial, bonus 40x50 grassy area. It was absolutely amazing and we've already secured it for next year!

Flying high over our space, as it should

Our eastern "wall". The bigger pits were there to separate our spot from our neighbors. They had about 300 people each night... 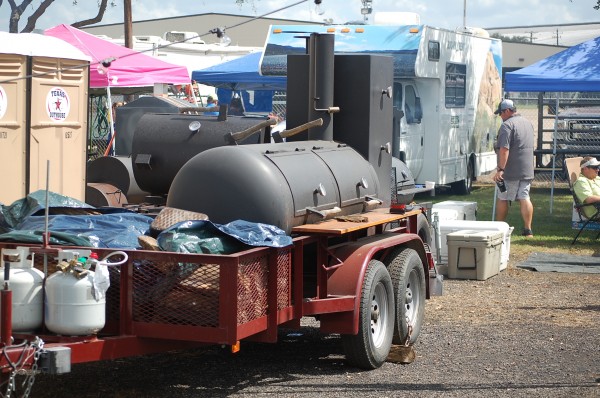 Put the rib pit right in the middle of our cooking area.

Trying to bring some awareness to the SOWF, and, of course, my Tech flag 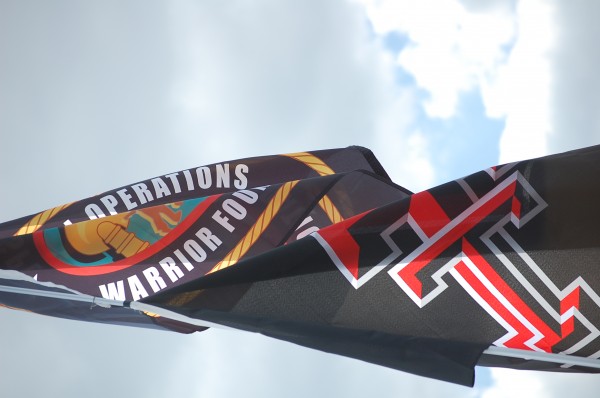 Last year, we had some issues with unknown folks coming into the space. We had food and alcohol disappear, and folks were using our port-a-can without asking...things like that. So this year, we put up some panels, and the sign helped, but we also had to hire security for Saturday night. 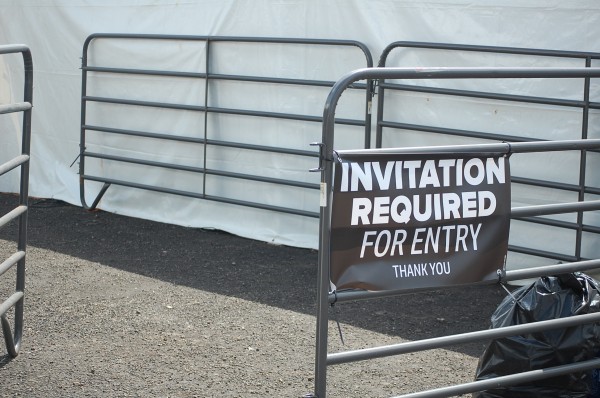 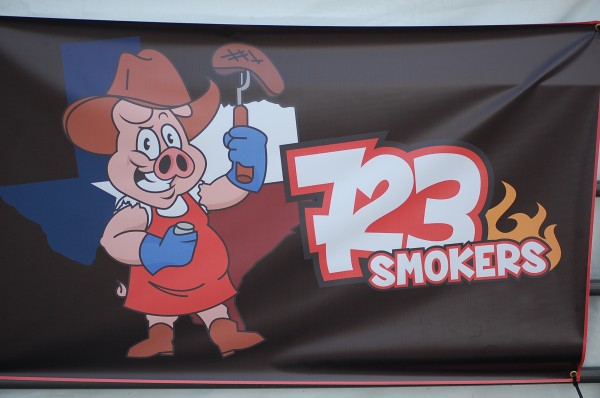 Close-up of the "hardware" 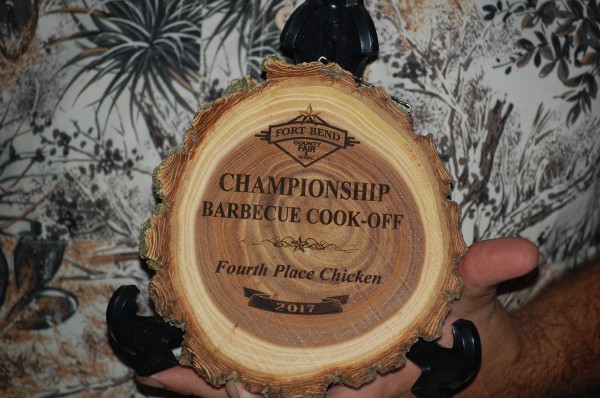 Yeah we had the same issue with the Porta John at the Royal. Early one morning some joker snuck in there; we started beating on the sides of it and scared the poop out of him, literally. After that Yoda posted a sign that said "Texans only". Not too much trouble after that
BE WELL, BUT NOT DONE
Hank: "Do you know how to start a man's heart with a downed power line?"
Bobby: "No."
Hank: "Well, there's really no wrong way to do it."
Top 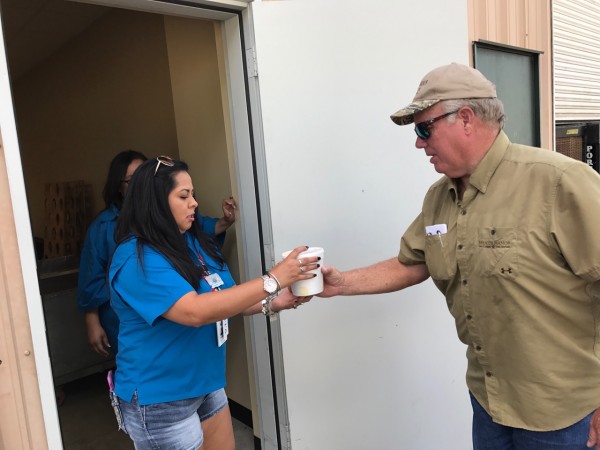 Birthday boy! Team member's son turned 8 on Friday and wanted to cook sliders for us. I imagine he will be helping us with the heavy lifting before much longer! 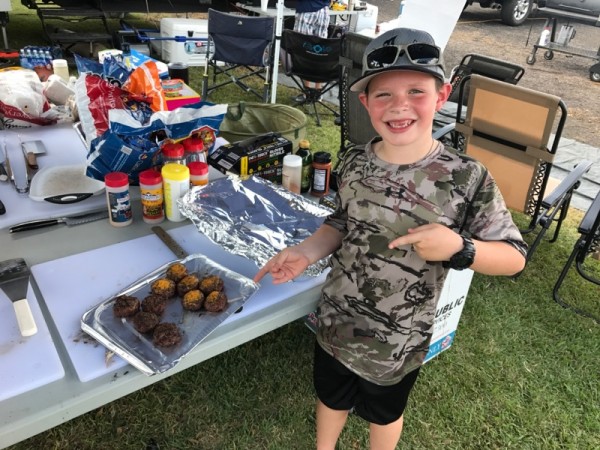 Friday: bean turn in. So, there's a story here. I'll post it up at the end of the photos for those who are interested. 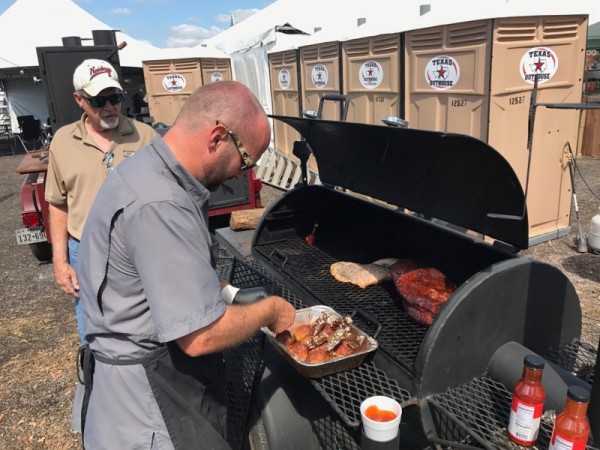 Back to Saturday:
Brisket box. 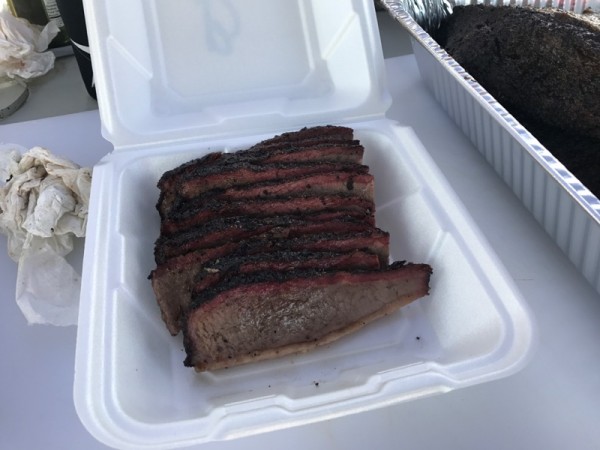 Side note- there are 4 main categories for meat turn ins. There are 4 team members. We try to allow each member to cook one, and they handle it. From meat purchase to turn in and everything in between. Last year, our brisket cook hit 12th. His brisket was much, much better this year, but he didn't make top 20. Sometimes, due to how the submission process is at the Fair, a committee member has to have eyes on from removing the meat to slicing to boxing. And they have more than 1 team to handle. So, sometimes presentation suffers because they have such a short time line. But, I digress.

Bean story: Our "bean cook" this year was the father of one of our team members. Friday, we have a "culinary" competition. We typically don't compete in it because we focus on the meats on Saturday and try to save as much energy as we can. So he volunteered to cook beans. (Another family friend volunteered to cook chili and gumbo next year.) At 10:00am on Friday morning, there is a cook's meeting and the turn in container for the beans is handed out. One ticket is taped to the bottom of the container in an envelope. The other is inside the container. Now, the committee does a phenomenal job on the cook off. I would have no desire, what-so-ever to have to do what they do. That being said, they overlooked something. The containers were white. The tickets they dropped inside were white. So, our bean cook didn't see it and left the ticket inside when he filled it with beans, so it stayed inside. Later, when the awards were being given, no one stepped up to claim 10th place. So, we're pretty sure we got 10th in beans, but we'll never know!
Custom 24x48 offset trailer pit
Weber Smokefire EX6
Vision B Series kamado
Top
Post Reply
9 posts • Page 1 of 1

Return to “Cookoff Announcements and Results”