Everything Grilled. We LOVE pictures.

Bought two whole chickens yesterday. Cut them up in breasts, legs and wings, which makes three dinners for us. Cooked broth of the carcasses which will go into risotto later.

Brined the legs and wings in a mixture of water, applejuice, soda with pomegranate taste, salt and pepper.

Rubbed the legs with Clucker dust. Smoked them on the gasser with a little hickory.

Then on direct heat to crisp the skin.

Pulled them from the grill and dipped them in SB chipotle sauce and then back on the grill indirect heat for 15 min. 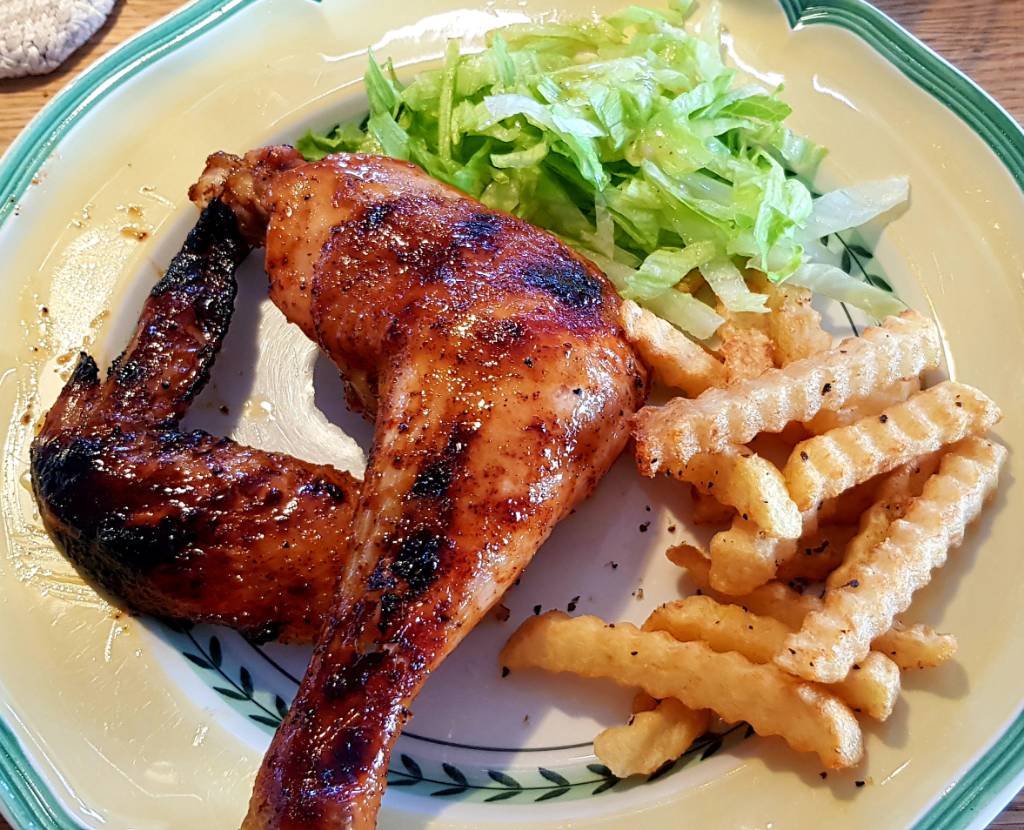 Not a fan of legs, your pics are changing me,lol.

Sb chipotle sauce has become one of my favorites. I use it on chicken, pork and beef. Almost empty so have to order more.

Personaly, I'm not a big leg fan, but cooked Zach Lee like this I'm with Russ !!

That sauce is definitely one of my favorite from the SB line up !!
If you get a chance, try hitting those with the Texas Pecan Rub and then with thier Peach Sauce, that is hand down my favorite combo from SB !
Top

I'll order the pecan rub and the peach sauce next time. Appreciate the tip.

Return to “Grillin and Chillin”

Users browsing this forum: No registered users and 4 guests