Anything added to the meat to make it mo better.

For those not in the know "Bulgogi" (literally Fire Meat) is a form of Korean BBQ. It's become trendy the last few years too. You can find recipes all over the place. Most of them of questionable quality. Side Note here; Costco has the worst I've ever had, hands down. Picked up some from their "ready to cook" area back by the butcher counter, and it was like eating pure sugar. Just nasty.

ANYWAY... Now that I got off topic, LOL... I've known about Bulgogi since I was a little kid. My uncle brought back a bulgogi marinade recipe from Korea when he was in the Navy ages ago. Back then I just knew it as Korean Short Ribs though, since that's what he used it with. This recipe is the same one with a couple of minor tweaks I added:


What my uncle did was score the short ribs in a cross hatch pattern to let the sauce / marinade soak in good, and then soak the ribs bone side up either overnight OR from morning till afternoon grill. Either way, it does a good job of softening up the short ribs. Overnight works better IMO. This variation of Bulgogi does a great job at imparting a mild Asian flavor that still allows the flavor of the meat to come through. The flavor is very balanced too, not overly spicy or sweet.

The recipe above is enough to do 4 Lbs of short ribs. I've done some experimenting with other cuts of meat too. It works good on Tri-Tip or cuts like flank steak that tend to be a bit tough (at least if not cooked properly). Needless to say, I'd never use it on a good steak like a ribeye though. I've read it's used on pork in Korea also, but I've never tried it on pork. I *have* tried it on chicken breasts and thighs though, and it works great there. Just one important caveat; only marinade for an hour or so. For whatever reason, chicken soaks this stuff up like a sponge. Much longer than an hour and it'll overpower the flavor of the chicken. I imagine it could be brushed on burgers also right before grilling to give them a more exotic flavor. Never tried that either however.

What I do is mix all the ingredients in a bowl, and let it sit in the fridge or an hour or two so that the flavors have a chance to meld together. After that, you can marinate away. A decent sized tri tip won't be covered by this amount, so you'd want to flip it half way through the marinate process.

As it happens, I'm doing a tri-tip this way tomorrow and have already started the process. Here's a pic of the mix in a bowl: 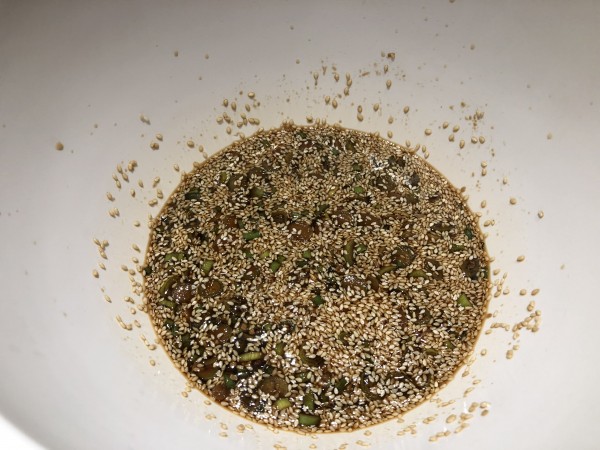 Bulgogi after sitting in fridge a few hours

And here's the tri-tip after I've added the marinade: 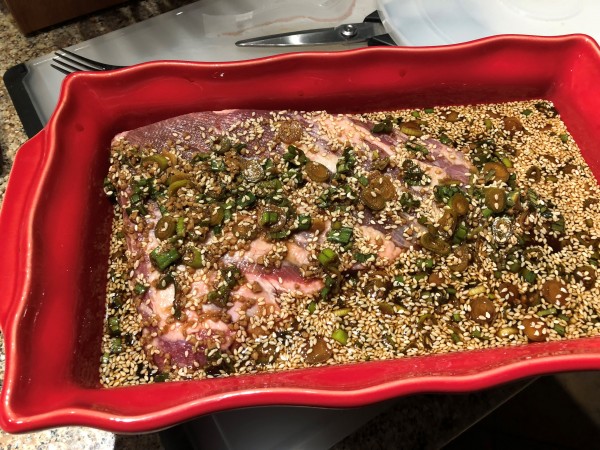 Into the soak overnight. :)

Here's a few tricks and variations:

In some parts of Korea, it's apparently served with gochugaru (coarse Korean hot pepper flakes). Crushed red pepper flakes work as a substitute there. You'd add about a tablespoon to the mix, and might want to add a little more sugar to balance out the heat.

The green onion tends to get ugly looking soaking in that mix too, so if you want to serve something pretty, set a little bit of chopped green onion aside to garnish the meat with after grilling.

Also, if you want a bit more sesame flavor, you can add a bit of sesame oil to the mix
Rec Tec 680
Weber 22" Premium Kettle Grill in Green

Sesame oil is very overpowering,IMHO. I've done business in Pusan and eaten BBQ in Seoul. I found it only average, however I had the best salad I've ever had in my hotel in Seoul. I'm going to try a variation of this soon.
Thanks for the reminder.

It's on the Rec Tec at 225 right now getting a good slow and cook and smoke. I'll post pics after it's done. :)

Russ, don't get me wrong, there's no substitute for "plain ol" SPG rubbed slow cooked Tri-Tip. Sometimes a little variety is nice though. That's what this provides.

Oh, and the trick with sesame oil is to use it sparingly. It can definitely be overpowering otherwise.

Russ, don't get me wrong, there's no substitute for "plain ol" SPG rubbed slow cooked Tri-Tip. Sometimes a little variety is nice though. That's what this provides.

Oh, and the trick with sesame oil is to use it sparingly. It can definitely be overpowering otherwise.

Yeah I bought sesame oil and used it on something and it was overpowering, I threw the rest out and never used oil again. However I use sesame seeds a lot. Look forward to your pics. 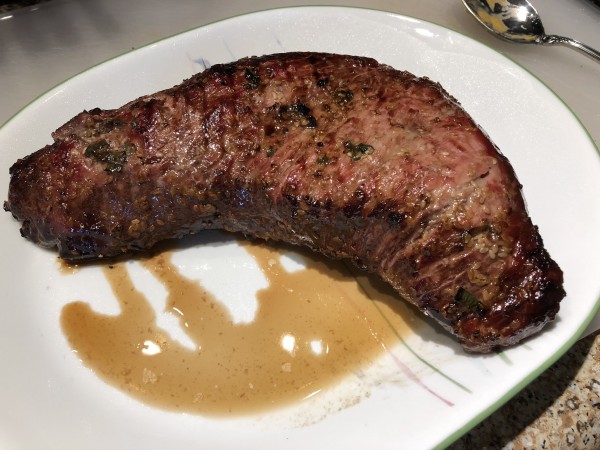 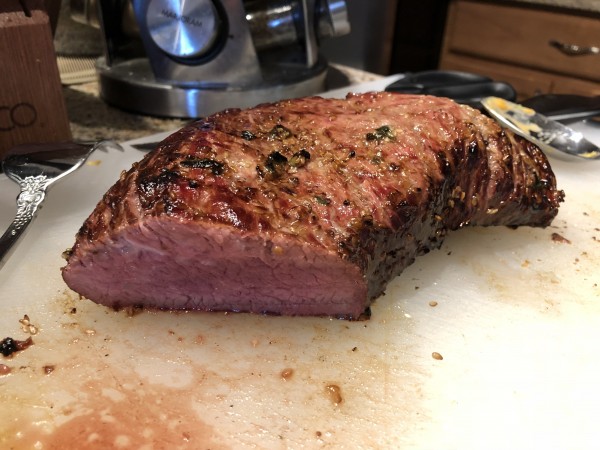 The marinade kept it from getting much of a smoke ring but it still had decent smoke flavor. Butter tender too. 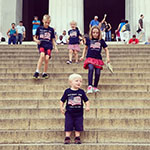 And Russ, post how your variation turned out. Always looking for new ideas and how to improve here. There's certainly a ton of variations on this too. The negativity in my original post was directed towards the versions that are all sugar, and there are plenty out there.
Rec Tec 680
Weber 22" Premium Kettle Grill in Green

"Nobody Beats Me in the Kitchen" - Casey Ryback (Steven Seagal - Under Siege 2)
Life's Too Short for Bad BBQ.
Top
Post Reply
9 posts • Page 1 of 1