Where do we all work

The weather, news and topics not related to BBQ.

That‘s what I‘m doing since more than 20 years. 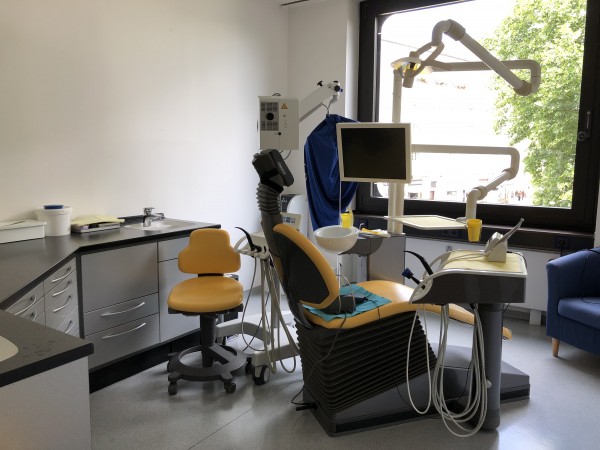 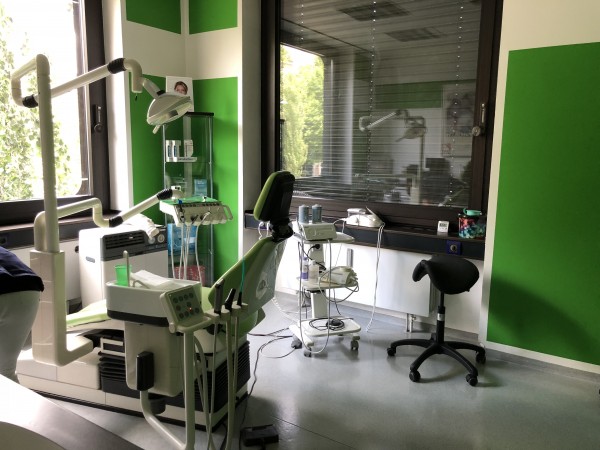 I work for a company called KEYSTONE Oilfield Fabrication in Rhome, TX. Although I am based from my home in San Antonio I travel all over the state including OK, LA, NM and AR.
My position within the company is outside sales and I've been in the industry for a little over 29 years.

BigThicketBBQ wrote:For the past 2.5 years I've been on the Cameron LNG Project in Hackberry, LA. I'm a Safety Coordinator for McDermott International.

After being an entrepreneur for 13 years, running a couple of businesses in the Guitar gear industry, I decided to get a "normal" job. It pays pretty well, and I'm thankful to have the job, but I can't wait to get back to being my own boss eventually. Hopefully doing something with meat and smoke the next time around. :) 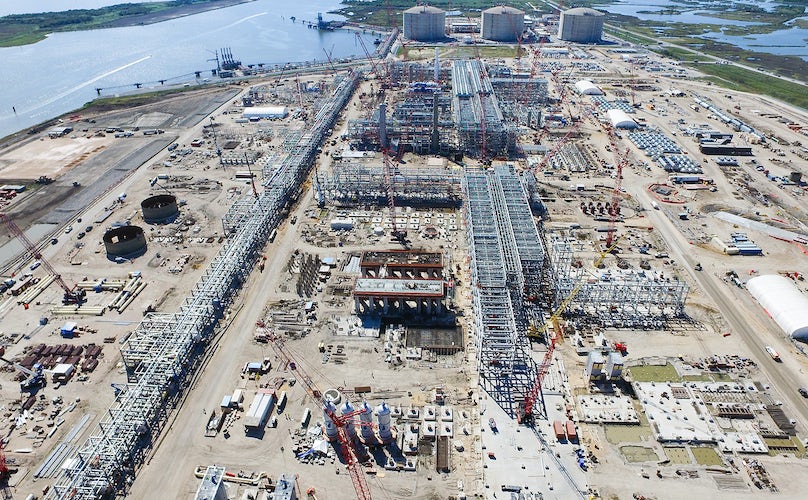 BT - worked for McDermott for 31 years in a few places that have closed including the dark side of McDermott, Babcock and Wilcox

. Worked in Harvey, LA, Scotland, Beaver Falls, PA, West Point, MS, and Morgan City, LA. Some folks called it Micky Ds and some called it McDammit - I call it an outstanding company to work for - loved the people, loved the work, and absolutely love the monthly retirement check.
Suppose you were an idiot, and suppose you were a member of congress; but I repeat myself - Mark Twain
XL, Small, and Mini BGE
Top 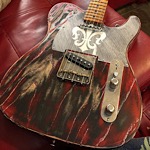 Congrats on making it out of this industry alive!

——————————————
There is love enough in this world for everybody, if people will just look - Vonnegut
Instagram/behindthepinecurtain
Top

I think Jack is playing an ES-335 in that one. Killer guitar, for sure.
——————————————
There is love enough in this world for everybody, if people will just look - Vonnegut
Instagram/behindthepinecurtain
Top

Yes, my late friend, Randy Rogers, played one and also an L-5
Thanks

This is where I hang my hat(s) in downtown Dallas, up near the top. Week after I came home from 9/11, after being stuck in Chicago for 3 days, they told us they were moving us up about 10 floors from 51, and this was after the news profiled that the terrorists have video taped our building as one of the potential targets(!?!). So here I been for 18 years come August. Couldn't ever find honest work, so Fate forced me into the world's Second Oldest Profession - I had to become a Banker because I can't sing or play a guitar like Parts, nor could I preserver to enginoor like Egghead. Been a real estate banker now for 22 years out of a 30 year total career since I escaped A&M. It's not bad work, I never foreclosed on anybody ever nor put any widows or orphans outta their house, and helped a lotta people to build big beautiful hotels and malls, and I don't get dirt under my fingernails unless I've been digging holes on the weekend out on the Firefly (which is what we call our tiny little farm up in Collin County). Pays me more than I'm worth (like that) but makes my stress level an 11 on a 10 scale (not caring for that much). Life insurance is good though, Mrs. Boots can retire a rich widow whenever I do pitch face down into my chili, and if I get 86'd as the result of a freak accident like a car wreck or a plane crash or getting crushed by my smoker Rosebud unloading from a UHaul trailer or some tragic margarita blender accident that ends up on the front page of the National Disquieter, she will really mop up and be able to buy that big horse ranch out in Sedona (I like that - would want her to get compensation for putting up with me all these years). It's a good gig, hope I can keep it kicking for a while to pay Boots Jr. through Purdue until he can get an Egghead type Enginoor's degree and support me in the retired style I wish to be supported in.

Then there's the view from the office, I got a window to either look out of or jump out of as I've a mind. Got some great sights. Now over to yer center right almost in the foreground, that's Dealey Plaza, where President Kennedy ended up getting the last haircut. Heavily populated every day with lookeylou's and rubberneckers and creepy dudes with metal detectors prowling the Grassy Knoll looking for The Lost Bullet. Just to the right of that is the Schrool Book Depository where Commie Lee Oswierd worked until his life insurance benefits ran out and Jack Ruby cashed his check with his pocket snake (the Colt Cobra snubnose). As an aside, Ruby used to hang out at the Lucas B&B restaurant up in Oak Lawn - the sign is still there - and the old Egyptian Room - still there as the original Campisi's pizza parlor - on Mockingbird where Joe Campisi, the rumored (!?!) mobster headquartered. Then down here in the center of the picture is the Old Red Dallas Courthouse made outta some red sandstone in Victorian times, and converted to a Museum today. The white bridge on the upper right is the new Margaret Hunt Hill Bridge which supports Singleton Avenue over the Trinity River and heads out to old West Dallas, which used to be called The Bog in the 19th/20th Centuries. About a half mile down Singleton on the right from the bridge still sits the old house/gas station that belonged to the Barrow family of Clyde Barrow infamy. He grew up and learned out to be a more serious punk while prowling around there, and met Bonnie Parker nearby. They later died of acute lead poisoning over to Louisiana near Gibsland, I think it was. Egghead may know where. Further over to the right out of frame is the old Cabana Hotel, which hosted the Beatles and the Stones and whoever back in the '60's. The city fathers made 'em stay over there instead of the more prestigious Aldophous downtown so the Police could keep a better eye on them and away from the Neiman Marcus, cause their presence was liable to hurt retail sales. Gave 'em Open Road LBJ hats so they'd feel more at home and in the hope of hiding their long hair, to keep them from getting beat up by locals with flat tops. Then further over to the left, also out of frame, was the old Longhorn Ballroom, one of the most iconic dancehalls in Texas, were Merle Haggard and the Sex Pistols both appeared (about a month apart). Story goes that when those British bad boys showed up it created a riot on the dance floor and one of them was punched out - by a woman. Let know one ever say Texas woman can't handle themselves. Then over to the left foreground is Reunion Station where the soldiers came off the trains returning from the wars, and Reunion Tower, which most people know from the big ball on top (I call it The Lollipop). They got a restaurant up there that rotates around like a big giant lazy Susan and serves Asian food and steaks with a view, took Boots Jr. up there for his graduation dinner and it was some expensive but really good. There's another one of these new white arch bridges over on that side beyond the Lollipop which was designed by the same fellow, some guy in Spain name of Calatravas. Their gonna build a total of 5 of those bridges to give the city a "distinct identity" and pay the guy like a billion for them. I thought Dallas already had a "distinct identity" given J.R. Ewing and the original Sonny Bryan's barbecue place; I could put up some "distinct identity" statue of my own, like say a giant can opener and the world's largest can of Ranch Style Beans, for like half the price. Andy Warhol did it with a Campbell soup can, why couldn't a Texan get famous over a can of beans? I bet people like Ranch Style Beans better anyway, and since they got rid of the factory for them over in Fort Worth, there outta be a monument to them somewhere. Might as well be here.

Then smack in the big middle of the picture is this ugly looking baby poop brown building complex with a couple of round towers. That's Lew Sterrett, the city jail. They put it in a great place, right in the middle of all that history and art, so everybody could see it and think twice about committing felonies and mayhem. Place was cited about 9 times by a Federal judge for "unsanitary and cruel conditions" and shut down several times. I think they said something about inferior air conditioning. Boggles the imagination; anybody that lives in a trailer house in East Texas has had "inferior air conditioning" for years and never complained. I don't know why we had to get all sensitive about it in a jail. Heck, if somebody doesn't want to experience inferior air conditioning, then don't go holding up a liquor store or papering the town with hot checks. Seems to me like a pretty good deterrent. Mebbe we oughta just yank the air conditioning out, and put in some old oscillating Vornado fans. I bet the crime rate would plummet from that alone. And if you made 'em all eat nothing but Wolf Brand Chili on top of that, why neighbor, you can't go wrong.

Anyhoo, just the lunchtime ramblings of yer local madman, trying to cure all the problems of the big round world starting from my little corner of it... if round's actually got a corner, now there's a philosophical question for Papa Tom. 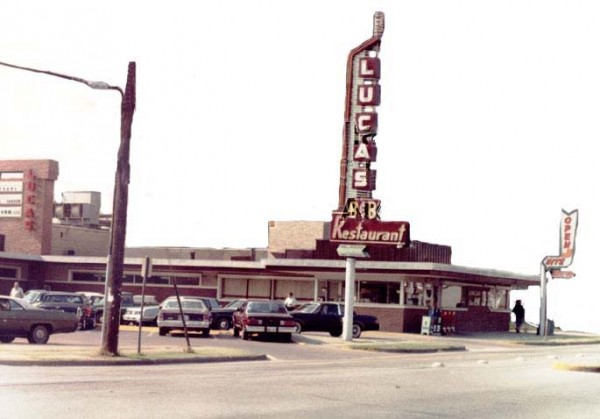 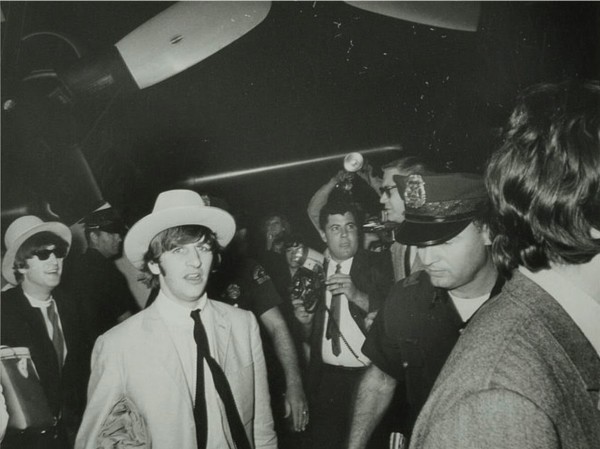 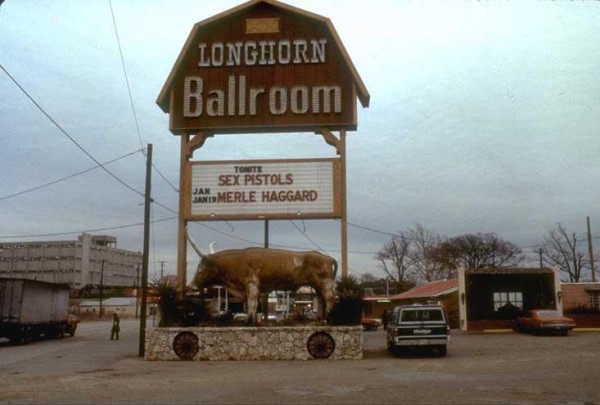 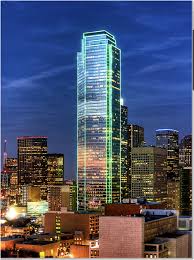 He was showing his age in this one. 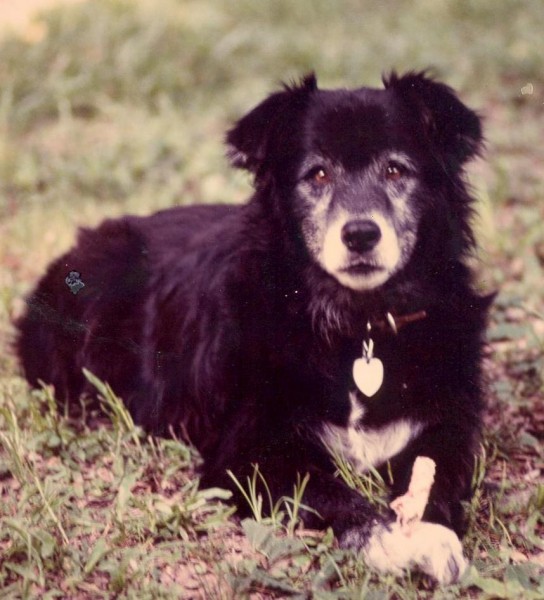 That's Mollie the Wonder Dog, my old red tri Aussie. We still miss her, as I bet you do Snow Toes. No better dog than an Aussie anywhere, JMHO with due respects to all in earshot.
BE WELL, BUT NOT DONE
Hank: "Do you know how to start a man's heart with a downed power line?"
Bobby: "No."
Hank: "Well, there's really no wrong way to do it."
Top

My youngest son, had a Blue Heeler that was Awesome as you say BUT come to think of it, I don't think I've ever been blessed with a Dog Pal that wasn't.

I am determined to sustain myself as long as possible & die like a soldier who never forgets what is due to his own honor & that of his country—Victory or Death. William Barret Travis - Lt. Col. comdt "The Alamo"
Top
Post Reply
56 posts

Users browsing this forum: No registered users and 3 guests